The death of Lieutenant H. Shuaibu, Army Commander of a forwarding base in Sassawa, Yobe State, and eight soldiers in the hands of Boko Haram terrorists could have been averted.

According to a Nigerian Army situation report seen by SaharaReporters, the Army received credible intelligence that Boko Haram terrorists were planning a major attack on troops of the 233 Battalion stationed at the forwarding base in Sassawa, 35 kilometers East of Damaturu, on October 17, 2017.
Members of the Civilian Joint Task Force (CJTF) affiliated to the Army and villagers had informed the troops after discovering that Boko Haram members were congregating in the area.

Following the receipt of the information, Army Intelligence officers notified the Nigerian Air Force and requested for air cover. Curiously, however, the request was not acted upon until the terrorists struck, killing Lieutenant Shuaibu, eight soldiers and seriously injuring 3 others.

The situation report showed that the Army only managed to send a few gun trucks to fortify the base after learning of the impending attack. This followed the failure of the Nigerian Air Force to provide air cover to the troops.

A top Army source told Saharareporters that Boko Haram has regained vitality, which has seen the insurgent group carry out deadly attacks on Nigerian troops with increasing frequency. This indicates a loss of momentum by the Nigerian troops in the counter-insurgency offensive.

Boko Haram terrorists arrived the base in with seven gun trucks and a platoon of fighters armed with machine guns and other high-grade military weapons. After ransacking the base and killing the nine soldiers, they blew up the facility.
It took the dislocated troops and hurriedly assembled reinforcements about one hour to dislodge the terrorists.
The effort resulted in three deaths on Book Haram side but left a yet to be determined number of troops missing, the report stated.

It equally revealed that the terrorists made away with Army gun trucks and a high-frequency radio used for operations in the North-East.

Troops at the theatre of operations, it was also revealed, are currently afflicted with low morale arising from non-payment of their salaries and allowances for two months. The non-payment of salaries is on account of the failure of the Army hierarchy to comply with the Treasury Single Account policy of the Federal Government, the reason for which the Federal Ministry of Finance has refused to release the money. In addition, military sources in Abuja said the Chief of Army Staff, Lieutenant General Tukur Yusuf Buratai and the Chief of Air Staff, Air Marshall Sadique Abubakar are intensely jostling for the position of the chief Defense Staff after Buhari confided in aides that the position of the Chief of Army Staff will go next to the Southwest region. Lieutenant H Shuiabu was the Nigerian Army Commander of the 233 battalion FOB killed in action on October 17th 2017Sahara Reporters Media 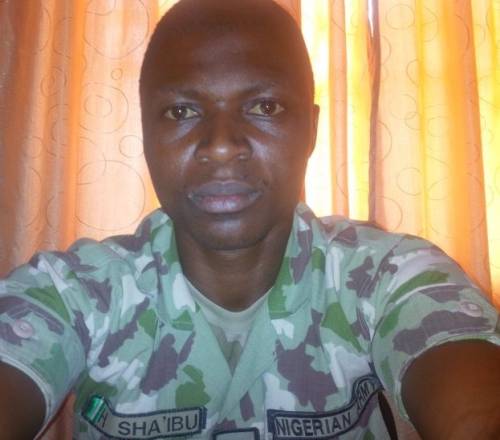