Authoritative sources at the national headquarters of the party in Abuja, told our correspondent that members of the NEC had been informed about the meeting.

The meeting is expected to ratify December 9 as the date for the party’s national convention and also agree on the venue.

Some of the party officials are insisting that the convention, where national officers are expected to be elected, must hold in Abuja, apparently to avoid undue interference by some state governors.

It was gathered that a majority of members of NEC had vowed to be at the Tuesday meeting, where the convention planning committee members were to be named.

Apart from this, the meeting is also expected to ratify the guidelines for the election, which has attracted many aspirants, especially the office of the national chairman.

A member of the Board of Trustees of the party, who spoke on condition of anonymity, said that debates and attendants at the meeting would be encouraging.

He said, “We are going to have a massive turnout of our members at the meeting. We also know that many issues would come up, especially as they relate to the convention and disciplinary measures.

“Don’t forget that our convention is slated for December 9. This NEC meeting will ratify membership of the planning committee, plans for the convention and all that.”

Meanwhile, as the race for the office of the national chairman and other national offices of the party gathers momentum, aspirants are lobbying power brokers in the party for support. 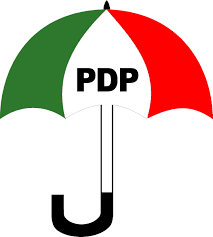