Former Lagos State Governor and one of Nigeria’s most respected politicians, Asiwaju Bola Ahmed Tinubu has lost his son, Jide to the cold hands of death.

The death of his son was revealed by the Chairman of Lagos State faction of the All Progressives Congress, APC in a statement released.

“It’s with regrets that I inform you of the demise of Mr. Jide Tinubu, the Son of Our dear and esteemed Leader, Asiwaju Bola Ahmed Tinubu.”

The cause of Jide’s death is yet to be revealed as a top politician in Nigeria has lost a child again.

Recall that sometimes ago, it was reported that a top APC chieftain, Dapo Abiodun lost his son, DJ Olu who was found lifeless in his vehicle at his dad’s garage, alongside a friend who they both gave up the ghost together.

More Details on the death of the son of the APC leader will be revealed as soon as they are gotten. 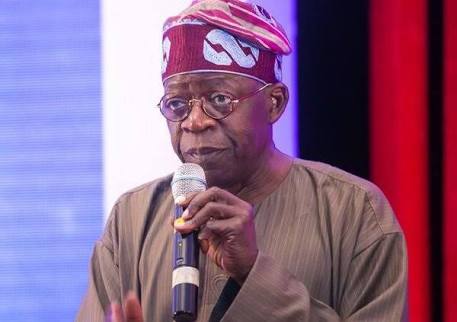