What started like a child play is gradually becoming a reality as the candidature of Accord in Ekiti 2018 Governorship Election Akogun Banji Ojo got boosted over the weekend when the Chieftains of four major Political parties in Ekiti state meet behind close door in Abuja to adopt Accord as the Party to be fronted to square it out with The Governor Fayose’s faction of The People’s Democratic party, (PDP), and All Progressive Party ((APC).
Present at the meeting which lasted for about three hours were the representatives of a faction of the People’s Democratic Party (PDP), Mega Party of Nigeria (MPN), Advanced People’s Democratic Alliance (APDA) and Accord all of Ekiti state chapter. They unanimously agreed that in as much as only a coalition could send the incumbent party to its political oblivion and a defeat of All Progressive Congress (APC) in the coming Governorship Election, hence the only viable platform available is Accord.
Speaking to news hunters in Abuja immediately after the close door meeting, Ekiti state Director of Communications and Media Strategy, Joseph Lanre Anifowose who spoke on behalf of the coalition told news men that it was a very successful meeting and that all parties present believe in the ability and personality of Akogun Banji Ojo to lead the coalition. Accord is seen by other parties as the third force in the state going by membership drive and popularity it has canvased overtime hence the choice.
While responding to a critical question on how the coalition shall handle sensitive positions among themselves if eventually they win the Election, He said that a strong committee has been set up to work out the modalities and that at the appropriate time all things shall evolves. Accord is the only party in Ekiti state that is free of rancor and factions. If you look at all other parties that are involved in the coalition, they have been fictionalized to the roots. In fact, sometimes last year at a well-attended ceremony, Advanced People’s Democratic Alliance (APDA) merged with Accord he said. 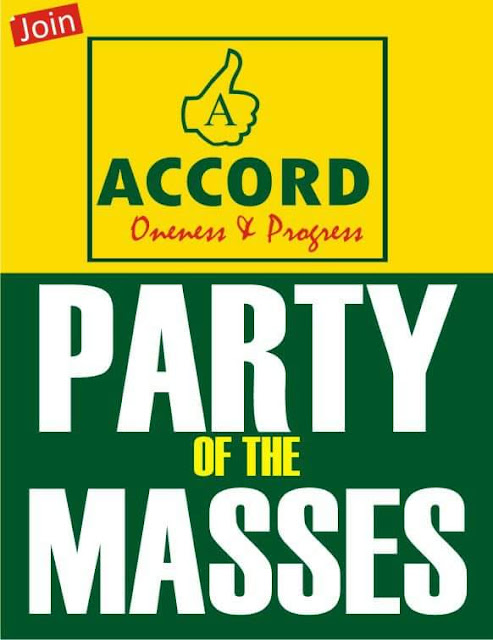