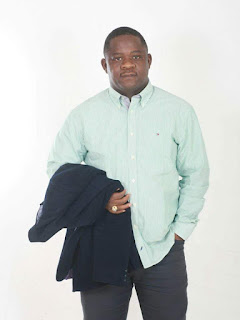 Educational Background
Dada Oduntan had his primary school education at St James’s Cathedral Primary School in Ibadan. He attended Celestial Church Grammar School in Ibadan and obtained the West African School Certificate in flying colours.  He gained admission to Obafemi Awolowo University Ile-Ife where he graduated with a Bachelours Degree Honours in Civil Engineering in 1993/1994 session. He did his National Youth Service in Oyo state. He continued to further his education overseas in the United Kingdom where he attended University of Surrey and graduated with a Master’s Degree in Civil Engineering.
He is a professional civil / structural engineer, a member of various engineering institution in Nigeria and abroad. He is a member of the American Society of Civil Engineers, Chartered Institute of Highways and Transportation in England UK, Institution of Civil Engineers in England UK, and Nigerian Society of Engineers.

Work Experience
Dada started his work career as a  Civil Engineer in Landscope Consultants in 1996 before he proceeded to Siraj Nig Limited as a Project Engineer in 1999. He later worked  for about 2 decades as a Consultant in the Oil and Gas industry in the United Kingdom, United States of America, Canada, Russia, and the Middle East for some multinational companies such as Jacobs Gibbs, Waterman Partnership, Mouchel Parkman, Atkins, Raytheon, Chevron,  Agip, BAA, Sembmarine SLP., Morgan Sindall and A rip.  He is an entrepreneur and employer of labour with businesses in Nigeria and United Kingdom dealing in engineering consultancy, construction, borehole drilling and oil and gas exploration.

Service to Humanity
Dada has been actively involved in various humanitarian activities for more than 2 decades. He is the founder of DKO foundation which is a charity organization established to cater for the women and the less privileged in the society.  The organization awards interest free loans to women and helps youth develop their potentials and encourage self-employment of the youth by the organization of free vocational training for the youth as well as provision of free health medical care and medication.

Community Service
As part of Dada’s interest in helping in the community and interest in qualitative education, he has single handedly helped to rehabilitate and reconstruct some state schools in Abeokuta. Working in conjunction with the community associations in Abeokuta, Dada has helped in provision of some potable water to some communities in Abeokuta. He has been a pillar of financial support to many churches and mosques in Nigeria. He is continuously supporting various charity organization in Ogun state and Nigeria in general such as the Kegites Club, the Boys Brigade,  The Boys Scouts, Red Cross etc.

Political Interest
From the school days in the late 1990’s, Dada have been an active player in the student union politics. He was a member of the Student Representative Council in Obafemi Awolowo University for two sessions. He joined the Nigerian politics as a member of the Peoples Democratic Party after graduation from the university. Even though he has never contested for any political office nor had any political appointment. He has always been interested in good governance and actively participates in promotion of democracy in Nigeria.
He showed his aspiration to contest for the house of representative representing Abeokuta South Federal Consistuency for 2015 General Election about 2 years ago. The inspiration to contest for this election was as a result of his belief in adequate representation of the grassroot at the centre. He believes there is need for a purposeful, accessible, exposed and committed person to represent the people at all level of government.
Dada is a comfortable person, a successful business man, an experience engineer, an entrepreneur and has travelled wide all over the world. He has lived with the people, worked with the people, played with the people and has seen what is lacking in the community. He has a lot of experience and personality to admire.
Bibi Ire Ko See fowo ra.
DKO De!! Irorun De!!   DKO De!!
DKO! Restoration!! DKO Progress....
By Unknown on February 21, 2018