Mandela stood taller than most men; both in life and in death. He had been in jail for 27 years and when released unconditionally in accordance with his terms, he moved on to become the country’s first black president ever. 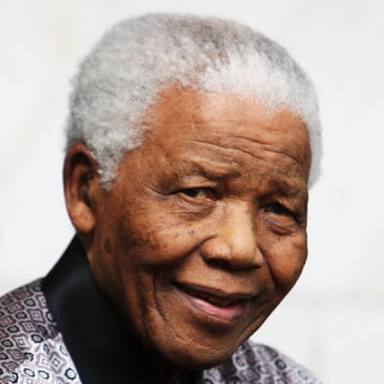 Certainly, he was not the most brilliant man in South Africa; neither was he a proven expert in any common field of endeavour.

Mandela was a prisoner of conscience who became the leader of his people and president of the nation by the sheer power of the conscience of the majority of the citizens.

Having been in jail for 27 years, the comfort and perks of office as president for 5 years may not ordinarily justify the over two and half decades he spent in the prison.

The alluring nature of power, the primitive African acquisition and sit-tight syndrome were not manifest in Mandela.

If Mandela loved power and/or money, it was not reflected in his mien or person. What was crystal clear was that Mandela loved his country, his people and his enemies who were his white jailers.

He became president at a ripe old age of 75 years. For Mandela, it was another call for service. It was all about doing good, uniting the country and laying the foundation for social equity and inclusion for the blacks and respect and integration for the whites, thereby generating stability of the country and for future generations.

At the end of his first term, Madiba, as he was fondly called, even though very much advanced in age, did not have to go. His popularity never dipped for 1 day. Even though he was 81 years old, he still had the ability to trudge on. As a matter of fact, he lived for another 14 years out of office before he died.

He did not see himself as the messiah. He recognized he was a mere mortal. He was no longer at his best and he more than anyone else, because of his deeply entrenched sense of patriotism, knew only the best was good for his dearly beloved country.

The ovation was loudest. The support was still very overwhelming. A victory at a subsequent poll was never ever in double. But in spite of all these, for the love of the country, Madiba, the ultimate nationalist, took his bow. With no guile and no regrets; he quit the stage for a younger, vibrant colleague, Thabo Mbeki, to continue where he left. The making of a great nation is never a job that begins and ends with one man.

Nigeria’s Muhammadu Buhari is at a similar point of history: to run, or not to run for a second term. President Buhari will be 76 years in 2019. But in his case, it is more than the question of age. There is a plaguing issue of debilitating and incapacitating ill health. Not a few citizens and lovers of this great Nigeria were in fear, anxiety and trepidation over his health and even his life. Many of his closest political allies including trusted ones had begun exploring a post Buhari Agenda. Then God showed up. Buhari against all odds bounced back to life with an innate rebound of a tennis ball.

A rejuvenated Mohammed Buhari returned to the throne with a gusto that silenced enemies and foes. It was a triumphant return indeed.

But the Nigerian economy and well being of the citizens did not have the same grace of divine re-invigoration. The government has been dragging almost on all fronts. Decline seems to be the order of the day, pain, misery; hopelessness and disappointment are the hallmarks of these times. Even erstwhile friends are no longer grumbling, many are howling and wailing loudly.

The president says he is doing his best and I agree with him. Things are just at their worst. The fight against corruption is still on, but it is just no longer given enough comfort. The war against insurgency is topsy turvy. The Dapchi girls are some wicked intrusions into the polity at this time. The Fulani Herdsmen are not just a menace; they give an impression that there is a silent war under way in the nation.

In all this, can we truly blame the President? The answer is Yes and No. But that’s another topic altogether.

The greatest concern now is will the President run again? President Obasanjo, Babangida and a few notable citizens have openly asked Buhari not to seek re-election. Maybe this is too brutally frank.

The nation is highly divided on so many fronts already, and even on this vexed issue of 2019.

Maybe if we take a glance at 2019, we may find an answer readily. Yes President Buhari’s popularity has waned seriously even in the North. But after all said and done, the probability of a Buhari Victory in 2019 is very high. Hence, members of the cabal, relatives and friends, and officials cannot see why the old man should not run. An almost 60% chance of return to Eden, is enough to block the vision of all other possible negative consequences.

In 2019, if Buhari wins, the vocal majority would have lost. The hopes of the separatists, reformers and pro restructuring conclaves within our polity would have been dashed completely.

This will create massive tensions all over, and potentially can birth a major crisis or riotous conflagration which may threaten our democracy, unity and corporate existence.

Buhari would have won, but will lose ALL his goodwill and Legacies acquired over a lifetime of discipline and uprightness. History may not be very kind to him, and this would be unfortunate.

If Buhari contests and loses, then the silent but potentially more violent minority would have lost out also, and unimaginable terror, which hitherto has not been experienced in this land, may be unleashed on the country.

Both scenarios depicted above are undesirable. Head or Tail, the country and its citizens will suffer nearly irreparable damage. Actually, the nation may never be the same again.

These issues are beyond Ego. They are beyond personal or some group, or parocial interests. They are about a nation, its nascent democracy, its teeming population and its undisputable potential for greatness.

No other elected civilian President has ever enjoyed a greater goodwill, acceptability, honour and respect than President Muhammadu Buhari. He is just slightly less than a god-image in many quarters both the North and South of Nigeria.

God and providence have combined together to create a bigger than life image for Buhari both locally and internationally.

For their perception of this great man and a towering pillar of strength and integrity amongst us to be converted into that of a villain, will be the greatest historic tragedy of monumental proportion in world and modern history of any nation.

A Mandela option is by far safer, and more honourable and certainly more alluring.