A 30-year-old man, identified simply as Adigun, who has allegedly been defiling a 10-year-old girl for over a year, has told the police that he didn’t force the minor into having sex with him. It was learnt that Adigun has been having sex with the girl since she was just nine-year-old and was in primary five. 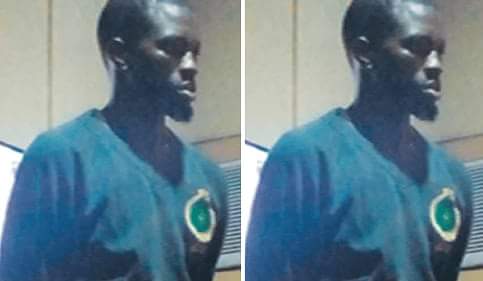 The suspect, who is popularly called ‘rubber,’ was alleged to have been defiling the girl since January 2017 without her parents noticing anything. The incident, which happened at Olorunkemi Street, Bariga, Lagos State, threw the community into confusion.

Many people used to see Adigun as an easy going person. Adigun allegedly used to drag the girl into his apartment whenever she was going to mosque to pray about 6a.m. and defile her. The sexual violation of the victim would have continued, but for divine intervention.

The incident was discovered by a counsellor in the girl’s school. It was learnt that the girl and her friends were playing a game, ‘truth or dare,’ when they asked themselves to swear if any man had had sex with them. Other girls said yes, but the victim simply kept mute. The counsellor became alerted.

The Coordinator for Child Protection Network, Mr. Toyin Okanlawon, who reported the matter to the Lagos State Neighbourhood Corps (LNSC), said: “She suddenly became calm when her friends asked her to swear. That was what drew the attention of the counsellor, who asked her what the problem was.

The victim opened up to her on how their neighbour had been having marathon sex with her for over a year. She was referred to Mirabel Medical Centre at Lagos State University Teaching Hospital, Ikeja for medical test. It was confirmed she has been abused.”

It was also learnt that the first time Adigun had sex with the girl; he was alleged to have covered her mouth with cloth.

Okanlawon disclosed that the suspect had been picked and handed over to Bariga Police Station for prosecution. He said: “The suspect confessed at the police station that whenever he does not go to work, he would defile the minor.

Adigun’s family had been threatening the victim’s parents, which was why I took up the case. I want them to get justice.

The suspect initially denied sexually violating the girl, but later admitted to the crime and begged for forgiveness, insisting that the devil caused it. The suspect also claimed that the girl used to come to his room to seek assistance, that he didn’t force her.

“The situation would have been averted, if the mother of the victim had acted fast after her daughter told her about the abuse. When the victim told her mother, the woman said the girl was talking nonsense. The mother couldn’t believe that such a thing could be happening right under her nose. Adigun’s sister is a close friend to the victim’s mother.”

The case has been transferred to the gender unit of the police command for further investigation.