Prof.  Olaiya Abideen Olaitan  was born over fifty years ago to Sanusi clan of Oroye family in Oke Oluokun, Ibadan. 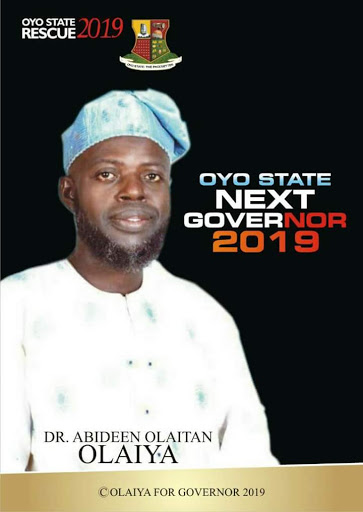 He attended the following Schools for his Western Education:

All through his training period, he is either the best or among the best three. He carves a niche for himself in form of ACADEMIC EXCELLENCE AND MORAL RECTITUDE. He served as Leader at various capacities in the Muslim Student Society of Nigeria (MSSN) for close to three decades to the extent that his record made an INDELIBLE MARK on the history of the Society till date. He was former President of the Muslim Corpers Association of Nigeria (MCAN) and pioneer Chairman of FUTA Muslim Graduates Alumni (FUTAMGA).

He works both as MANAGER and ENTREPRENEUR in private sector for about seven years before joining the public sector at Cocoa Research Institute of Nigeria in 1999. He rose through the rank to the post of PRINCIPAL RESEARCH OFFICER in 2005; he was made PROGRAM LEADER Farming System Research Program and TWICE ELECTED AS CHAIRMAN of its branch of Academic Staff Union as well as PRESIDENT of the Muslim Community. He has been representing Nigeria at various International Cocoa Research Conferences, African Cashew Alliance and International Agroforestry Research Technical Association (INAFORESTA)  since 2003 till date. He withdrew his service in 2007 to heed the call of his people to represent OLUYOLE Federal Constituency in the National Assembly.

PROF. Olaiya later joined the University system as LECTURER 1 in 2008, appointed to SENIOR LECTURER position in 2009, HOD in 2010, POST GRADUATE COORDINATOR since 2011 till date. He is presently an ASSOCIATE PROFESSOR of CROP ECOPHYSIOLOGY. He has contributed so many outstanding research output, teaches and supervises many Postgraduate Students as his contribution to Human Capital Development in the field of Agriculture. He is till date the Executive Director of Foundation for Sustainable Agriculture in Africa (FOSAA). 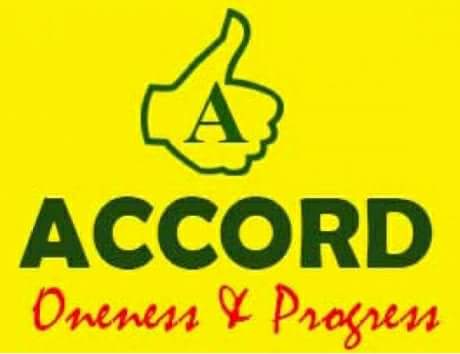 PROF. OLAIYA active participation in politics dated back to 1995 when he contested for Ibadan South-East Local Government Chairman under Zero Party arrangement which he lost to Arapaja through Baba Adedibus trick. He subsequently team up with Elder Oyelese in the formation of GDM, recontest the chairmanship position under GDM and won election to represent IBADAN SE/NE FEDERAL CONSTITUENCY in 1998 before the death of Head of State Gen. Sanni Abacha. He was a foundation member of Peoples’ Democratic Party (PDP) in 1998 and was amongst the thirteen (13) members from Oyo State that attended its inaugural meeting at Nicon Hilton Hotel, Abuja been a member of Chief Adeojo’s team. That was where a deal was struck to make Chief Haruna Elewi as the party chairman and Chief Adeojo as the Governorship candidate.

Prof. Olaiya contested unsuccessfully for the party’s ticket as chairmanship and Federal Rep. in 1999 and 2003 respectively. Dr Olaiya joined Chief Ladoja’s team in 2003 having his political son in the Oyo State House of Assembly. He contested for the OLUYOLE Federal seat in 2007 under Ladoja’s Labour Party (LP) and was robbed of victory by ruthless Adedibu’s cabal using electoral umpire. He did not contest in 2011 election when he backed CPC candidates. He also aspire to OLUYOLE Federal seat in 2015 election under ACCORD  but was let down at the last minute. He is been put forward by the foundation (OSF) to contest 2019 GUBERNATORIAL ELECTION as ACCORD candidate.

Prof. Olaiya’s main interest in politics stem from his passion for JUSTICE, MORALITY and GOOD GOVERNANCE. He hate CHEATING and CORRUPTION like devil and always come clean in all engagement be it public or private. In all, he has positive attitude to life and will scarifies all it takes to care for human welfare provided it’s within permissible limit.

Prof. Olaiya is a member, Board of Directors of some Limited Liability Companies which are all based in Oyo State and he operates no foreign account. He is the founder and Pioneer chairman of both Non-interest Cooperative Society of Federal University of Agriculture, Abeokuta (FUNAAB) and MUTAKIF Partners Investment Club, Ibadan. He has widely travelled as CONSULTANT in Physiology/Production of Tropical Commodity Crops, Produce Certification and Farming System Research to Local and International Agencies.

Alhaji Olaiya is a grassroots politician that lives with his extended family in OLUYOLE LG, Oyo State.