The Inspector-General of Police Intelligence Response Team (IRT) has arrested most wanted armed robber, 31-year-old Fashola, aka Awolowo, who has been on the wanted list of the police for a while. 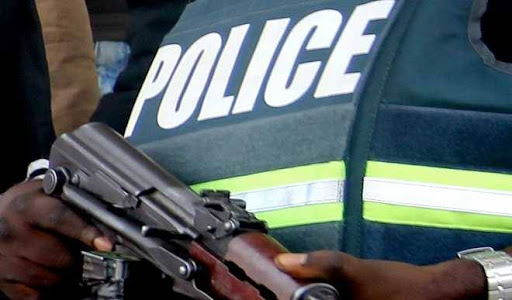 Awolowo has been wanted for offences of house-to-house robbery and road attacks in Lagos and neighbouring states. He was declared wanted after he was released from prison and formed a formidable, vicious gang. He was arrested alongside three other gang members.

Speaking with journalists at the command headquarters, Ikeja, Awolowo said he had given up crime and was about disposing of his weapons of destruction when he was arrested.

He said: “I was a notorious criminal, I won’t deny it, but I have repented. I have even robbed in front of Alakara Police Station, where my boy shot someone; I won’t deny it. I am a strongman. I have been to prison three times. I was released from prison through the help of my aunty. After my last release from prison, my wife reported me to my mother. My mother, who was furious, stripped herself naked and placed a curse on me that if I went for robbery I would be arrested, and I said ‘Amen.’ To do away with the crime, I contacted a friend, who promised to buy my gun. I was taking the gun to him when the police arrested me. I swear by with my late father that I have stopped robbery. I used to rob people but I have stopped.”

Lagos State Commissioner of Police, Imohimi Edgal, who paraded the suspect and 20 others, based on credible intelligence gathered on the activities of a gang of robbers that specialised in robbing motorists and passengers of their belongings and who were also involved in house-to-house robbery, men of the IRT based in Lagos State Command rounded up three persons, Fashola, aka Awolowo, 31, Oni, 28, and 26-year-old Oyeniyi.

He said the suspects confessed that they were ex-convicts and a search conducted at their hideout at Sango, Ogun State, yielded two guns.

He said, in a similar development, the IRT also arrested four armed robbers at their hideout on Ayodogo Street, Ijoko Road, Sango, who confessed that they robbed the residence of Anthony Onyawune at Lekki Garden Estate while he was away in the East.

He said that a Toyota Avalon car, 2016 model, an unregistered Subaru SUV and 10 different bank ATM cards were recovered from the suspects.

The suspects would be charged to court for armed robbery and other related offences soon.