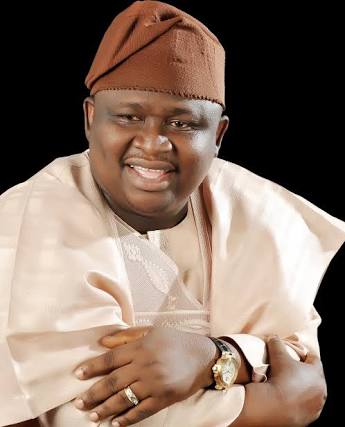 The attention of the office of Senator Solomon Olamilekan Adeola aka Yayi (APC, Lagos West), the chairman of Senate Committee on Local Content has been drawn to political campaign posters being posted over night in some parts of Ogun state purporting to announce the commencement of his campaign for the Ogun State governor in 2019.

The Senator dissociate himself completely from ill conceived and ill- motivated  gimmick of his political opponents to portray him in bad light as the posting of such posters is clearly a breach of the Electoral Law of Nigeria and  against the timetable of Independent National  Electoral Commission (INEC)  for which such poster pasting is a contravention.

“As a law abiding citizen and a law maker of over 14 years standing presently serving at the highest legislative body in Nigeria, I am not one to be seen to break any law of Nigeria in pursuit of any political or other goals. By the electoral law of Nigeria it is illegal for any aspirant for elections in 2019 to begin political campaign as portrayed in the planted poster of me springing up in parts of Ogun State.” the senator stated.

The senator noted that he is aware of many vested interests that are afraid of his daily soaring acceptability as a grassroots politician and would plot any evil deed to portray him as a law breaker and possibly exclude him from participation in any political contest in 2019.

Senator Adeola said that presently what is going on in Ogun state are consultations among relevant stakeholders on Ogun 2019 adding that he remains the duly elected senator of Lagos West and will continue to represent them fully in all ways.

He appeal  to his numerous supporters and well wishers in Ogun State to continue to remain calm and steadfast as ever.