Our attention has been drawn to an online media report that, the Ogun State Chapter of Unity Party of Nigeria (UPN) and other unknown political parties have endorsed the gubernatorial ambition of Speaker, Ogun State House of Assembly, Hon. Suraj Adekumbi. 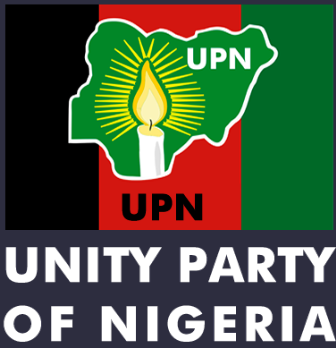 While we would have ordinarily chosen to ignore the Ananias, we understand that when a lie is allowed to fester, it will be taken as truth.

To set the record straight, the endorsement of the speaker at Ayetoro as reported by the online newspaper was not attended by any UPN exco neither any of its members in that region.

The imposter, Adelakun Abdullateef who stood in for UPN at the Ayetoro adoption was never a UPN member nor a member of any working committee of our party in the state.

It is common sense that, when the party has several gubernatorial aspirants jostling to occupy the seat of power in the gateway state come 2019, how on earth would any card Carrier and loyal member of the party abandoned its own aspirants for other people's cause.

It is however pathetic that, someone in the calibre of Rt. Hon. Suraj Adekumbi who is yearning to govern the state could desperately misinformed the general public about a non-existent adoption by UPN.

We hereby condemn the desperation of the Speaker in maligning the integrity of our party and playing on the sensibility of the people of Ogun state.

We therefore urged our esteemed followers and UPN members both home and abroad to disregard the fake adoption of Hon. Suraj Adekumbi by UPN.

We remain committed in our resolve to provide good governance and make Ogun state an industrial hub of the nation come 2019 through the support of the electorate.