Listeriosis, an infection caused by the bacterium Listeria monocytogenes is currently ravaging South Africa in an outbreak that is said to be the worst so far in world history. Listeriosis outbreak which started in January 2017 in South Africa has so far infested over 1000 people and claimed almost 200 lives. 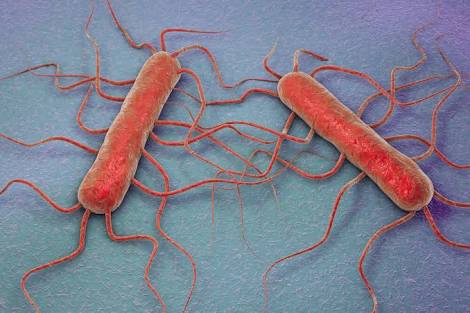 As if that is not a bad enough news for Africa, World Health Organisation within this week warned Nigeria and fifteen other countries to brace up for Listeriosis outbreak, which they said might had been exported to these countries through the source of the outbreak in South African, which was discovered to be ready-to-eat meat products that have been contaminated with Listeria from the factory.

But as it is with our culture in newswakanow.com.ng, we get you informed at the right time. That is why we are bringing to you all you need to know about Listeriosis now and how to avoid contacting it.

– As we have earlier said, Listeriosis is an infection that is caused by the bacterium Listeria monocytogene.

– This bacterium is a very hardy organism that can even grow at refrigeration temperature and can resist chemicals like salt much better than other food-borne pathogenic bacteria.

– Listeria is classified as ubiquitous, which means that it is everywhere.

– Listeria germs occur naturally in soil and water and can be carried by animals, including those eaten by humans. Listeria is found in many raw foods, including meats and vegetables, soft cheese, hot dogs and other processed meats, and smoked seafood.

– The bacterium, Listeria monocytogenes, is also said to have the highest number of death among all food-borne pathogens.

– Listeria germ is primarily transmitted via the oral route after ingestion of contaminated food products, the organism penetrates the intestinal tract to cause systemic infections.

– Also, babies can get the disease if their mothers eat Listeria-contaminated food during pregnancy.

Which Group of people are Likely to Have Listeriosis?

To a large extent, it is not everyone that takes in Listeria contaminated food that are likely to have Listeriosis. The following group of people are most likely to be infested with Listeria germ:

– The older adult, usually from 65 years and above.

– The last category are those with weakened immune system, especially from prolonged sickness like cancer, HIV e.t.c.

That does not however rule out healthy adults from Listeriosis.

The general symptoms are; fever and muscle aches, which come after diarrhea or other gastrointestinal symptoms.

It can also lead to severe illness, including severe sepsis, meningitis, or encephalitis, sometimes resulting in lifelong harm and even death.

The main means of prevention is through the promotion of safe handling, cooking and consumption of food. This includes Rinsing raw vegetables thoroughly under running tap water before eating, thorough cooking of all beef, poultry, and other foods from animal sources.

Be sure to keep your refrigerator clean – as listeria germs can grow even in refrigerated foods.

But if you develop suspicious symptoms within two months of eating a recalled product, you should alert a doctor, especially if you are in a high-risk group.

With prompt attention, antibiotics can cure Listeriosis and prevent a fetus from becoming infected. But even with antibiotic therapy, some Listeria infections prove fatal – especially in older adults and people with serious medical problems.

Prevention, they say, is better than cure!