Erstwhile Special Adviser to the president, Goodluck Jonathan, on Media and Publicity, Reuben Abati, has posited that the reason former CBN deputy governor, Prof. Kingsley Moghalu, Fela Durotoye, Omoyele Sowore and other new breed politicians now feel they are good enough to be Nigeria’s president is as a result of the manner the exalted office “seems to have been mishandled and demystified.” 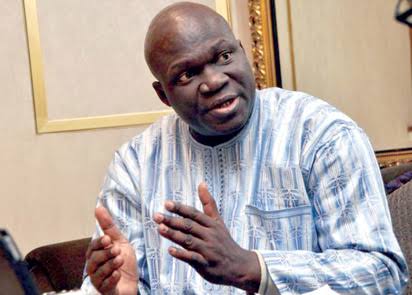 He argued that the increasing political consciousness in the country; the anxiety and frustration of the citizenry were among factors that made ordinary Nigerians like his mechanic aspire to run for the highest office in the country.

In an article entitled, ‘2019: Nigeria’s emerging political leaders’ published yesterday, the public affairs analyst revealed how his car mechanic approached him to announce the mechanic’s bid to take over Buhari’s job.

The essay reads in part, “The process of that demystification has taken different shapes and tones since the return to civilian rule in 1999, but now everything seems to have gone so bad, far beyond expectation. My mechanic couldn’t have phrased this national dilemma better. He came to see me the other day, full of excitement…

‘Oga, I have come to inform you that I am thinking of running for President.’ I thought the guy was talking about the Presidency of the Mechanics Village Association. So, I brightened up. No, he meant President of Nigeria. I removed my eyeglasses and dropped my pen.

‘President of Nigeria? How? Look, have you been drinking?’

‘Oga, you know I am a Christian. I don’t drink. I am serious oh. I have been thinking about it for a while. I can do a better job. The way these people are running Nigeria, some of us have good ideas about what can be done. If we leave this Nigeria to these politicians, they will finish all of us. Anybody that likes this country should get involved.’

”I paid attention to him.

“Oga, look at me, I can do it. We can do it. I have worked it out. By the grace of God, I will be the next President of Nigeria.”

“I had known this mechanic for a while, but I never suspected he had very tall ambitions. I had not yet given him my honest opinion; he had already conscripted me. “We can do it”. We? Every Nigerian politician is an optimist, and the most optimistic are often the ones who don’t even stand a chance at the polls.

“I pretended to be interested all the same; so he continued with his campaign.

‘Oga, you know me. Am I a lazy man? No. I am not.’ When people insist on answering their own questions the best you can do in the circumstance is to listen.

‘What this country needs now is a mechanic, somebody who can take a look at a vehicle that is having problems, and fix it. We mechanics do that every day. When they bring a car to you, first you diagnose. What is wrong with the car? Why is it not functioning well, and then you go straight to the problem and fix it. Why can’t people fix Nigeria? If we mechanics were to behave like politicians, this whole country will be littered with broken down vehicles. In the hands of these politicians, Nigeria is broken. E be like say Nigeria don knock engine sef. I am the man who will fix that engine.”

Noting that the number of these aspiring presidents keeps increasing every day, Abati observed that “the names of a popular Fuji musician, Wasiu Alabi Pasuma, and that of the legendary footballer, Kanu Nwankwo have also been mentioned as potential Presidents of Nigeria.”

Recalling a recent exchange between the minister of communication, Adebayo Shittu and Sowore, the former presidential spokesman noted however that there is the tendency “to dismiss this category of aspirants as Minister Shittu has done, in part because they do not preach the message of religion, ethnicity and money, and they do not seem to have any Godfathers who can offer them existing structures in exchange for conditions of service.”

The article ended by stating that Sowore and Durotoye are already exercising much influence among the Nigerian youth, pointing out that this is not just on social media but also across the educational institutions and the streets.