Jesus was very popular but he lost election before Pilate. 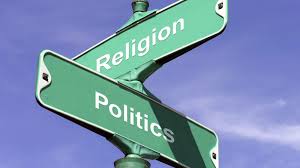 The election was between Jesus and Barabas and Pilate represented INEC at the time. Barabas won and Jesus lost that election. Where were the 5000 he fed? Where were the 10 lepers? Where were the lame, and all those he healed? Where was the family of Lazarus and that of Jarius? That is the problem. The right people will not win election when believers refuses to participate in politics. Pls go and get your PVC.