The Federal High Court in Abuja, on Wednesday, held that the National Assembly lacks the power to re-order the proposed sequence for 2019 general elections. 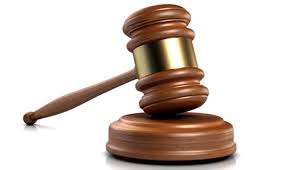 The court, in a judgment that was delivered by Justice Ahmed Mohammed, maintained that the Independent National Electoral Commission, INEC, is the only body that is constitutionally empowered to organise, undertake and supervise elections in the country.

“I am persuaded by argument of the plaintiff that it is the sole responsibility of the 3rd defendant (INEC) to conduct elections, and further in doing so, the 3rd defendant has the power to fix dates for elections”, the court held.

It noted that the NASS commenced moves to amend the Electoral Act after INEC had already released its timetable for the 2019 elections.

The court held that action of the NASS was in clear breach of paragraph 15a of the 3rd Schedule of the 1999 constitution, as amended.

It stressed that the right that was constitutionally vested on INEC could not be removed by the NASS through its belated process to amend the Electoral Act.

Consequently, the court granted reliefs 1 to 10 that was sought by Accord Party which was the plaintiff in the matter, even as it nullified section 25 of the Electoral Act Amendment Bill, 2018, which sought to alter sequence for the forthcoming general elections.

It however declined to compel President Muhammadu Buhari to reject the 2018 Amended Electoral Act on the basis that the President has already withheld his assent to it.