The Oyo State House of Assembly Speaker, Rt. Hon. Michael Adeyemo is dead according to his colleague who announced his demise. 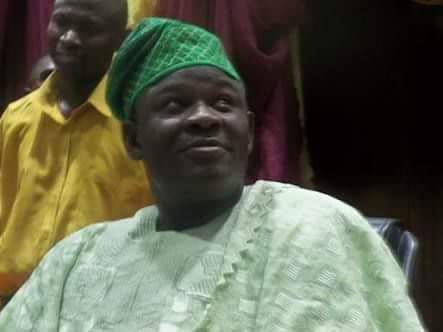 He was member of the Nigerian Bar Association (NBA) and International Bar Association (IBA), he served in the executive committee as an auditor and Assistant Secretary of NBA, Ibadan branch.

Late Adeyemo was elected speaker of the Oyo Assembly unopposed in 2015. Adeyemo, a humble, gentleman demonstrated maturity and wisdom in managing the affairs of the Assembly and various interests without rancor.

He was the Deputy Chief Whip of the House and a member of committees of fund allocation, works and transport, Agriculture, trade and investment, appropriation and public finance in the the 7th Assembly.

Adeyemo facilitated the autonomy of two campuses of tertiary institutions in his constituency- The Polytechnic Ibadan, Adeseun Ogundoyin Campus, Eruwa and Emmanuel Alayande College of Education, Lanlate through His Excellency, Senator Abiola Ajimobi.

He bagged two University first degrees at University of Port Harcourt major in Education Management with second class upper and the premier University of Ibadan (UI) major in Law in 2004.