A former deputy governor of the Central Bank of Nigeria, Prof. Kingsley Moghalu, says he would recruit two million policemen if he is voted in as Nigeria's president in 2019. 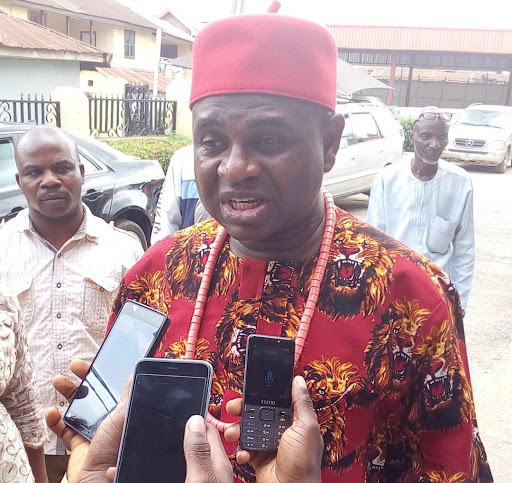 He said this on Tuesday during a town Hall meeting organized by Progressive Group of Nigeria (PGN) held at the Nigeria Union Journalists, Ogun Council secretariat, Oke Ilewo, Abeokuta, during his consultation and meeting with the youth and market women in Ogun state on his presidential ambition.

Moghalu, who said he would declare his ambition and political platform next month, added that currently with about 300,000 policemen policing a country with 200 million population, this was grossly inadequate.

He said with this recruitment exercise a lot of unemployed Nigerians would be gainfully employed.

Moghalu also hinted that he would equally introduced massive venture capital from which unemployed Nigerians with business proposals could draw funds to actualise their proposals.

He explained that this was far better than the current social investment fund, in which the current administration dole out N5,000 each to unemployed graduates.

He said, "From day one, if I become president of Nigeria, I will tackle unemployment. I will create a massive venture capital to which unemployed Nigerians could submit their business proposals.

" This will be an equity capital and not a loan. As I said earlier, I am going to recruit two million policemen. The current scenario where about 300,000 are policing a population of 200 million people is a joke.

For those saying there was no alternative to President Muhammadu Buhari, Moghalu noted that this was a wrong assumption, as there was insecurity all over the country.

Speaking earlier to the youth and market women across the state who had gathered at the meeting, Moghalu said if elected his administration would deploy electronic security system  across the country, in which security threats and breaches could be tracked over a distance and nipped in the bud.