Kanu who made his debut for the Super Eagles of Nigeria in 1994 and later went to captain the team before he retired in 2011, is regarded as one of the finest football exports from Nigeria. 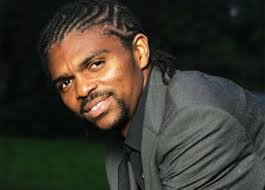 The former Arsenal made his declaration to run for the office of President after he stated that he took inspiration from former colleague George Weah  who is now the President of Liberia.

Kanu made his intentions known about a run for the Presidential office in a report by Goal.

The former Ajax and Inter Milan goal poacher stated that the reason he intends to run for office is to take care of the welfare of Nigerians.

He said, “My presence here today is about the future of our country and the happiness of our people,”

Kanu who is also the last Nigerian player to be crowned African Footballer of the Year stated that there has been a decline in all sectors in Nigeria which has fuelled his ambition to run for President.

“The last 18 years of leadership has witnessed a decline in all critical sectors of life in Nigeria, plus general insecurity in the land."

Kanu also talked about the perceived corruption levels in Nigeria and that he aims to restore the country’s integrity if elected into office.

“Also, I’ll do all it takes to wrestle corruption which has become blatant and widespread. The rest of the world looks at Nigeria as the home of corruption."

“If I get your mandate, I promise to do things differently and restore honour and integrity to public service by keeping the best and attracting the best.”  Kanu said.

Kanu spoke on the difficulty and challenges to achieve his goal, but he also stated that the victory of Weah is Liberia in an indicator of the possibility of his ambition.

He said, "George Weah's victory in Liberia is a pointer that this dream is very realistic with you all on my side."

Kanu who is known for his charity and philanthropy will make a return to football for Arsenal legends against Real Madrid in a charity game.

Kanu will have to contend with several politicians who have indicated interest in running as the President of the country and will hope to succeed current President, Muhammadu Buhari, after the elections on Saturday, February 16, 2019