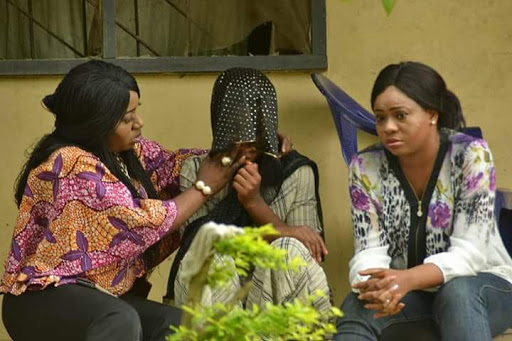 The gang rape happened at their cocoa farm in Okuni, where the victims husband and brother were tied up at Gun point while The wife was ganged raped in front of her husband until she passed out.

Last week women in Okuni marched in thousands to protest the ugly situation. Which alerted the Government to respond to the case.

The Honorable Commissioner for Health Cross River State, Dr Inyang Asibong and Director General of Cross River State Primary Healthcare Development Agency, Dr Betta Edu last Wednesday at Ikom consoled with the family of the gang rape victim and assured her that though justice has been delayed but the perpetrators will face the full wrath of law. 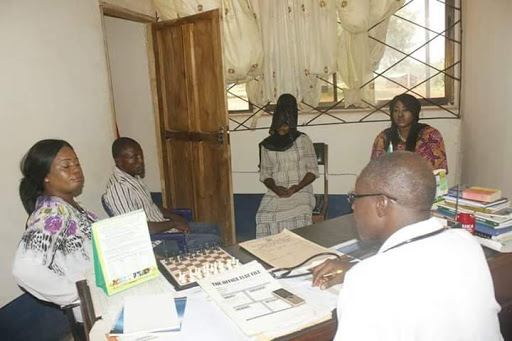 Speaking, Dr Inyang Asibong faulted the Nigerian Police for releasing the culprit and called it very terrible while reassuring everyone that the Cross River State Government will do everything to make sure the culprits are rearrested and made to face the law. She said the State Government will henceforth be responsible for the medical bill of the Lady and push for justice.

Earlier Speaking, the DG, Dr Betta Edu said this is injustice at the highest level and the people responsible have to be brought to book. She noted that Nigerian police must own up to their responsibilities.

"You cannot allow the woman go without justice. The woman was gang rape in front of her husband, she and her husband bullied off their farm by the rapist,which is their only source of livelihood. The Governor of Cross River State has called for immediate arrest of offenders and justice for the victim. Cross River State Government will provide every necessary support to the woman and take care of her medical care says empathic Dr Edu who was in tears while addressing the press in Ikom.

According to the DG, the incident took place in Okuni, Ikom Local Government Area on November 6, 2017, when gunmen attacked a cocoa plantation, stole some bags of cocoa, beat up the farmer and raped his wife till she became unconscious.

"Sadly, the major culprit, who was arrested along the process of justice was later released on bail without any sanction from the police in Ikom. She however noted later that due to the timely intervention of the Governor, the culprits have been rearrested and will be charged to court almost immediately.

The wife of the Governor Dr LINDA AYADE is very hard on this issue, she totally stands against any form of abuse to women or children and has promised to fight for justice.

Cross River State Government says no to any form of sexual abuse including rape and anyone caught will face the full wrath of Law. Victim was taken to General hospital Obubra for proper management..