The Nigerian youths have been said to be lazy, as widely conceived by them since it was reportedly said by President Muhammadu Buhari at the Commonwealth Heads of Government Meeting (CHOGM) held recently at London, though I don’t believe he (Buhari) said that bluntly, however from all indications of the speech, one should know he’s making a reasonable point on the characters of the average Nigerian youths, which I personally agree to be true. 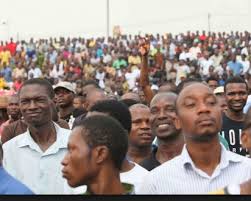 However, for the sake of clarification, I will like to provide a bit of the speech, he said “We have a very young population; our population is estimated conservatively to be 180 million. More than 60 percent of the population is below the age of 30. A lot of them have not been to school and they are claiming that Nigeria has been an oil producing country, therefore they should sit and do nothing and get housing, healthcare, and education free.” With this, someone should be able to know that, irrespective of facts Nigerian youths might have been clamouring for to agitate against Mr President’s comment on the youths, indeed we are lazy.

A former Minister of Information, Prince Tony Momoh, has said that President Buhari’s owes no one any apology over his reported ‘lazy Nigerian youths’ comment., he said the President was right for saying a lot of Nigerian youths are sitting at home doing nothing, though they might be doing something tangible but despite that, laziness in every facet of life might be affecting them.

Personally, with an insight into Mr.President’s speech, I believe he can’t be using the whole time to analyse where our laziness fall into, exception of working to meet ends meet, because he knows the youths he’s leading, though he is leading us wrongly but we are same people to beg them for money, isn’t it? We know now…

As a student, I know what my colleagues do whenever we are having lectures, especially when it has to do with the political class lecture, where we should learn and keep learning, rather we are not interested, but we keep making jest and gisting about the issue being discussed, though not all are interested in politics, but my own belief is we learn from every opportunity we are opened to, but isn’t that a symptom of laziness? We need to unravel this mystery.

Even if the Nigerian government is going to give all youths huge amount of money to establish themselves, we would still have people that will mismanage the fund, some are already addicted to all these Betting and Baba Ijebu games, or are these not same youths that go on to scare away owners of land all in name of “Omo Onile” even after getting ‘something’ from them, how did they use the money, is it on drinks, cigarettes and other irrelevances. Yet, someone keeps saying I don’t have right to know how someone spends his or her money, I agree, but the fact remains people into these style of life is lazy.

If we are going to prove to Mr. President that were not lazy indeed in every aspect of lives, we need to push him out in the next general elections and if possible vote for the younger ones that we believe will push our dream to a higher ground. I came across a post this morning, where a friend of mine, wrote “I almost cried yesterday when my fellow youths asked me how much Omoyele Sowore gave me”. Isn’t that an example of youth laziness?

Someone came out to revolutionise our lives for us from these old men, yet we keep asking if anything might come out of his declaration tour, though I am not a supporter of Sowore, but there is a need for me to know better before I push out my support for him yet we need to know what is at stake. Nigerian youths are no longer organised, we don’t know what we are doing, we are slaves of money, and someone coming out to liberate us, we will still go against him.

Yet, we said we are not lazy, we keep saying we are hardworking and ready to liberate ourselves, but inside us, we are hinging for the rise of our elders in the political areas of life and we are not doing anything.