The unnecessary unrest both within and without the Accord over whether the party would field candidate in September governorship election has finally put to rest in Osogbo on Wednesday. 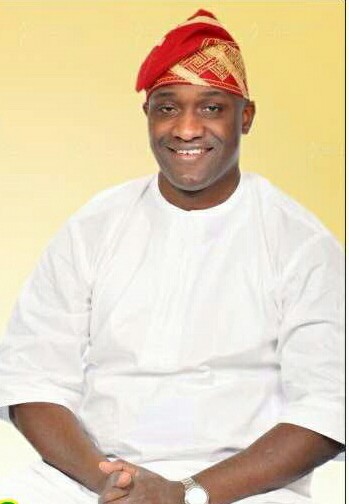 Babatunde Loye, 47, an insurance expert, chairman of the Central Association of Nigerians in the UK (CANUK) entered the party Secretariat in a carnival-like manner. His legion of supporters across the state who had been waiting for him at Ogo Oluwa office ushered him and his entourage amidst dance and songs.

In his welcome address, the Accord state chairman, Otunba Segun Fanibe explained how he went to shop for Loye in London, the qualities the aspirant possesses that fired different political parties to be running after him. Fanibe extensively talked about the uniqueness of Accord as a party,  why the youths see it as the only available option both in Osun State and Southwest among others.

Before Loye addressed the houseful of the party executives, a special prayer was fervently made. Babatunde Loye emphatically said that Fanibe's humanitarian gesture was the first factor he considered to join the party.  "When I heard about Segun's efforts in the area of assisting the less privileged, awarding scholarship for the downtrodden, paying medical bills of the indigent patients among others, indeed, I was impressed because that's exactly what I'm doing in the United Kingdom. I always feel bad see my people being denied of basic fundamental of life.

"I've assisted hundreds of Nigerians based in the United Kingdom in the areas of employment, deportation, welfarism. I've rescued over five hundred Nigerians from illegal deportation in recent time."

The insurance expert said he had been approached by the two mega parties in the state. "Both the APC and the PDP had approached me but I love Accord party."

Loye believes that the solutions to Osun State economy problems is within the reach of a person of his calibre who has vast experience in different aspects of endeavours. "I can tell you authoritatively that I have what it takes to bail our state out of the current mess. The end to suffering in the state imminent as the situation will certainly change immediately I take over the mantle of leadership."

Though, Babatunde Loye is not the first aspirant to have shown interest in vying for the covetous office via Accord but everything about his own declaration evinced that he is sternly determined to contest and win. "I have been seeing myself in the government house. With God on my side, nothing is impossible. We are going to sow the seeds together and reap the fruits together."