It is not a rumor again that the present National Assembly  head by Dr Bukola Saraki The president of the senate and Yakubu Dogara The Speaker of House of Representatives respectively, They have given we youths chance to rule not only to be used as thugs during their campaign, We don’t need to be garrulous and we don’t need to impeding each other in this struggle let those among us that are ready to rule to start coming out  with their campaign strategies  so that we will know who and who to support irrespective of political party and tribe ,we are one and we must stand as one that is when we will win this race despite the facts that we don’t have money and sponsor  i.e. despites the facts that most of us were not born with silver spoon doesn’t mean we don’t have something upstairs to come out to contest in this country because the seat is not belong to them only and their children, this country belongs to all of us, I know and believe  that with sincerity, industrious,  diligence  and focus we shall win this battle and our ambition shall come to reality very soon by God grace. Some Months ago in France a 45 years old man won the seat of presidency as an independent candidate who stood confidently, industriously and diligently at the end he became the ever youngest president in the history of France, who says in Nigeria today we youths of today cannot become the president of Nigeria or we cannot become Governor, House of Assembly, Senators and others  is a lie anybody that say so already a dead mankind but has not been buried because a positive thinker will always say positive things and always work towards whatever he says so that it will finally come to reality.

If John Paul 24yrs old can be elected into the house of Parliament in Kenya, Who says we the youths of this great Nation Called “NIGERIA” can’t do the same. 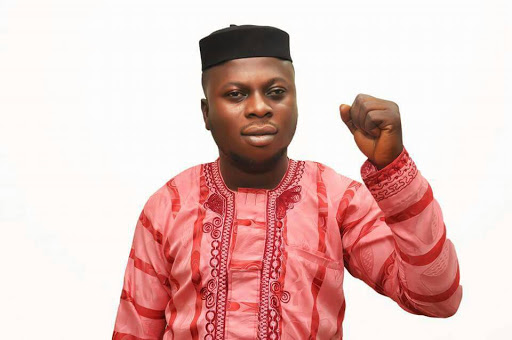 My fellow Comrades and Youths let’s wake up from our slumber for God sake and divert the strength we are using to campaign for old caucus still at age of 60 years and above yet they refused to give we youths of today chance to display our potentials maybe we can lead or not. With 100% confident and believe, I want to courageously and sagaciously  say youths will take over, we shall stand for youths justice in this ongoing Re-structuring of our dear country, I want to remind the chairman of re-structuring committee Mallam El-Rufai and his committee to take not that in the course of the assignment to restructure our country don’t forget to add what will favour the youths of this country on what we have been clamoring for over 30 years ago that youths have not been given chance to involve in decision making at the three level of arms of the government which are Local Government,State and Federal so that we have implementation of freedom of speech and expression that will give us good result politically, economically, educationally and technologically.

We youths of this generation and leaders of today appreciate Dr Bukola Saraki and his members to consider Nigeria youths to participate in politics with the age approved for Governor, House of Representatives and president which we promise that by God grace we shall utilize the chance diligently and righteously. I want to Momentously tell my fellow Nigeria youths that Enough IS Enough if you have interest and you fall within the age bracket of 18 years to 45 years and you want to contest for any political position we shall stand to work for such person wholeheartedly and by God grace victory is ours irrespective of political party and tribe such person is from we shall stand together and we must win together. I am congratulating Nigeria Youths that our taken over is now not later.