Awwal Abdullahi Aliyu is a prominent Nigerian of KADUNA/JIGAWA extraction, a Nigerian who has acquired knowledge at different forms/levels. He served his people and Nigeria in different leadership positions, he served in the Armed Forces for  some years before voluntarily retired. 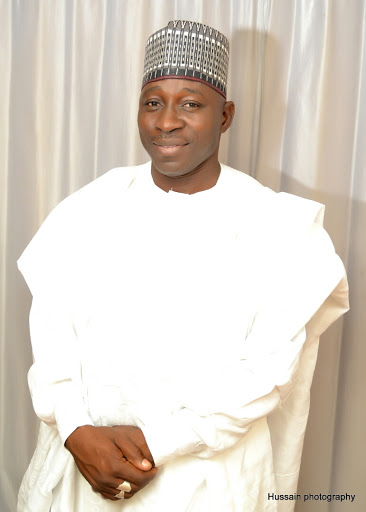 Awwal has been involved in civil/human right activism and he is still active, he is involved in politics and have contested election at various levels, he has gone round the federation for one reason or the other, met different kind of people in his life.

AWWAL ABDULLAHI ALIYU is an home based personality who is known very well by his people and Nigerians.

A clarion call to serve His fatherland, he is simple, and humble.  He is a nobody the son of nobody that want to become somebody and of the opinion that they're so many sons of no body's out there that wish to become somebody, irrespective of tribe or religion and Nigeria will not get it's required development until the sons of nobody become somebody without necessarily knowing or lobbying anybody in Nigeria.

He formed Kaduna Aspirants and Contestants forum and became its Secretary. Withing that period he became the Acting Chairman of DPP in Kaduna. In 2008 During the Flag off of second re-election bid of the then Governor of Sokoto state. AWWAL ABDULLAHI ALIYU with his other senior colleagues in the party, Assembled Gubernatorial, Senatorial, Federal and state houses of Assembly candidates from 22 State of the Federation in sokoto where they all Decamped to PDP. That Marked the End of DPP.

At sokoto in the presence of Late President Umaru Musa Yar`adua of Blessed memory, ORGANIZATION FOR THE PROPAGATION OF THE ACTUALIZATION AND SUSTENANCE OF MILLENNIUM DEVELOPMENT GOALS (MDGs) AND THE 7 POINTS AGENDA OF PRESIDENT UMARU MUSA YAR`ADUA (OPAMSA) was formed.  AWWAL ABDULLAHI ALIYU Emerged the NATIONAL CHAIRMAN (non governmental). The mission was to create awareness/public enlightenment on MDGs/7 POINTS AGENDA, the role of government and that of the followership. AWWAL ABDULLAHI ALIYU structured the organization across 36 state and Abuja, as well as 774 LGAs of the Federation.

In 2013, comrade AWWAL ABDULLAHI ALIYU led a group of Youths and Intellectuals under  northern people union (TAGGED, OCCUPY BUHARI, BABANGIDA AND ALL NORTHERN LEADER'S FOR ONE VOICE AREWA), to  hold meeting  soliciting for support to have all northern leaders come together in unity ,understanding, forgiveness and co-operation so that power can shift to the north. And if the leaders refuse to cooperate, then he will lead an occupy protest agaist them.That advocacy took comrade AWWAL ABDULLAHI ALIYU and his team to every part of Northern Nigeria, where he spoke one on one with almost all leaders that matters in the north, former and some serving Governors, Ministers, Senators, members of house of representatives, Emirs, former heads of governmental and security organizations, Leaders and Elders of northern origin, including Gen Buhari, Gen Babangida, , Gen. T Y Danjuma. etc. He also Addressed ACF on same issue.

At the moment, Comrade AWWAL ABDULLAHI ALIYU is the Executive director centre for youth reformation and leadership development initiative. He is presently the chairman of Non Governmental Organizations in Kaduna (Kaduna NGOs forum).