Achalla, Anambra State turned to a carnival city for the one week burial of the billionaire father of Award-winning Nollywood Producer, Lawrence Lurrenzo Onuzulike, Chief Chukwuma Onuzulike, The Orimili 1 of Achalla. 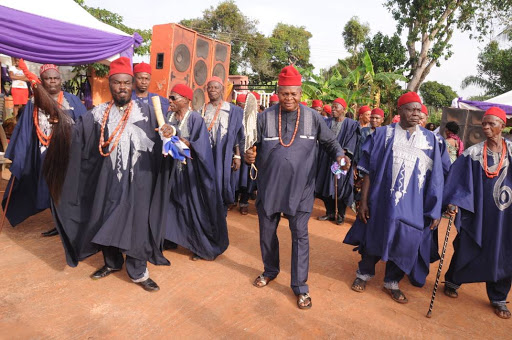 The burial that started on  25th of April, 2018, spanned till the first week of May 2018 at his Orimili's compound, Udezu Village, Achalla, Awka North Local Gvt, Anambra State. 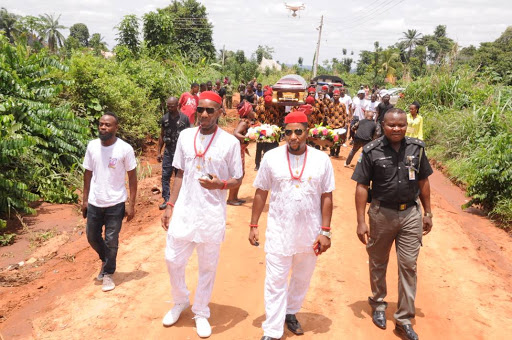 Chief Chukwuma Onuzulike died on the 5th of December 2017 around 9:30 am at New Hope Hospital, Onitsha, Anambra state, after a brief illness. 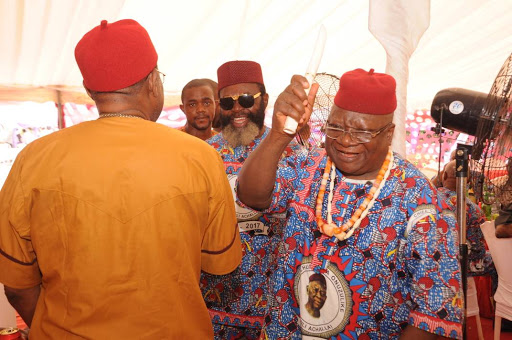 Chief Onuzulike, a patron of the iconic People's Club of Nigeria, whom his praises  were sang by the likes of Osadebe,  Oliver D'Coque, Morocco, Ozoemene Nsugbe and many other Igbo music legends, was one of the first people who imported Georges and Hollandis wrapper into Nigeria before he ventured into real estate. 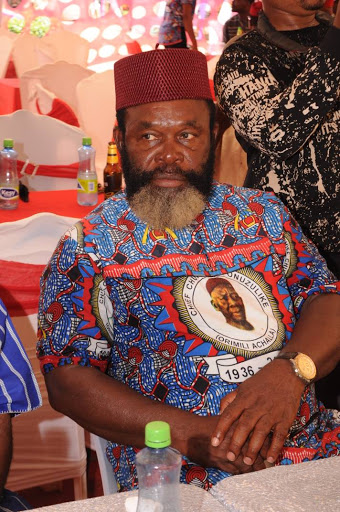 To herald the burial carnival, his body left Borromeo Hospital by 7am on the 26th of April, made a brief stop over at one of his houses at Oranye Street, before heading straight to his hometown in Achalla, Awka North Local Government Area of Anambra State. 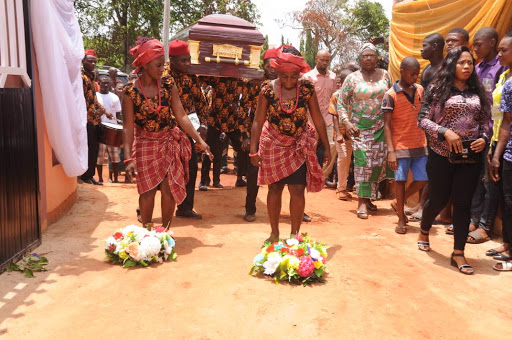 On his body's arrival at Achalla, the people trooped out en masse to convene him to the village square. He was briefly handed over to the people of Achalla who took him to the town's hall (the Civic center); it was there that the village organised prayers for him and numerous sons and daughters of the town who in one way or the other had benefitted from the late Billionaire briefly shared their stories. 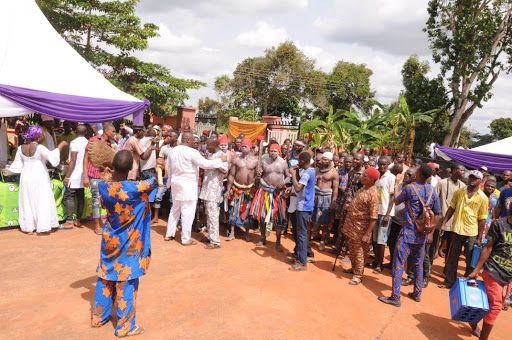 Shortly after that, his body was given to his family who proceeded to his massive Estate in Udezu Village in Achalla. After his remarkable lying in state,  the late real estate mogul was laid to rest.

Others include; Rita Edochie,  Harry B,  TT Temple,  Chief Francis Nwakamma (MD Franemm LTD, makers of Petals hair cream and relaxer) and many other important personalities.

MC Sacramento from ABS Television compered the event while, music was supplied by Chief Morocco Maduka, Galadima and the official police band.