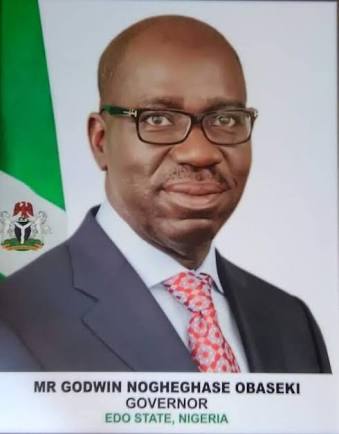 The elated number one citizen of the culture and arts rich State who has been following Lancelot's works, personally wrote the letter that was addressed to the most prolific movie maker who is now regarded as director of Directors, on Monday April 23, 2018. 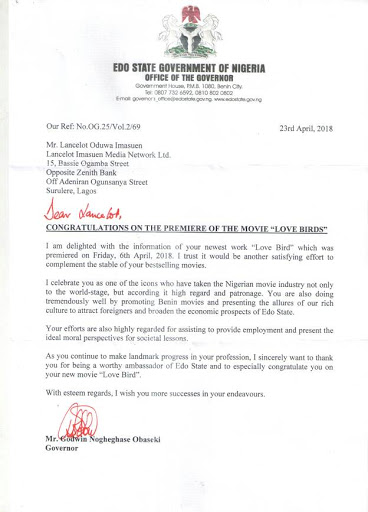 Governor Obaseki wrote; "I am delighted with the information of your recent work "Love Birds" which was premiered on Friday, 6th April, 2918. I trust it would be another satisfying effort to complement the stable of your bestselling movies.

I celebrate you as one of the icons who have taken the Nigerian movie industry not only to the world stage, but according it high regard and patronage. You are also doing tremendously well by promoting Benin movies and promoting the allures of our rich culture to attract foreigners and broadens the economic prospects of Edo State.

Your efforts are highly regarded for assisting to provide employment and present the ideal moral prospectives for societal lessons. 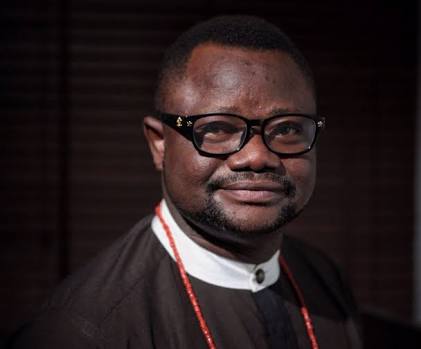 As you continue to make landmark progress in your profession, I sincerely want to thank you for being a worthy ambassador of Edo State and to specially congratulate you on your new movie "Love Birds".

With esteem regards, I wish you more successes in your endeavors.

Aside Governor Obaseki, Chairman of Wells Entertainment Ltd and Wells Carlton Hotels and Apartments, Capt Dr. Hosa Okunbo, was also one of the many big shots in the country who has openly endorsed and hosted the cast crew of the movie that has been dubbed as "next love story to be told after Titanic".

Lovebirds hits the cinemas nationwide on Friday April 13, 2018 after series of premieres across the nation.

At its premiere in Kada Cinema, Benin city, two halls were sold out for the very first viewing as the whole ancient city was held down for hours.

Same was the experience in Asaba, Lagos, Abuja, Akure, Portharcourt and other cities across Nigeria.

Lancelot, who has now produced more than 60 movies and still counting said; I've discovered that in Nigeria, stories that affected teenagers are not being produced by movie makers. They're not carried along. I've heard them complained, and quarrel anytime I have opportunities to be with them; that's part of the reason for this film".

"It's aimed at finding what are those things that are inside the minds of second generation diasporans and you won't believe that it was an unbelievable expose to find out how far these guys can go in expressing their love; facing denials, against all odds, cultural norms, pettiness, envy and jealousy even within their parents circle".

Lover Birds which is still showing in all Cinemas across the country, has Stella Damasus, Jim Iyke, Joseph Benjamen, Felix Omozusi and other actors who brought their love experience to bear in this movie.