A foremost social-political group, Ekiti State, the Ekiti Liberation Movement (ELM), has hailed the emergence of a renowned entrepreneur, Otunba Segun Adewale as the flagbearer of the Action Democratic Party (ADP) for the upcoming governorship election in the state, describing him (Adewale) as the only credible choice for the people in the July 14 poll. 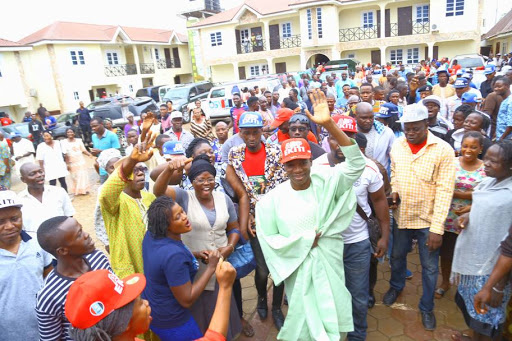 Adewale, popularly known as OSAPraPra, picked the ADP governorship ticket in a primary held on Saturday, as members of the party elected him as standard-bearer through a process monitored by the Independent National Electoral Commission (INEC) and security operatives.

In a congratulatory message signed by ELM's Director-General, Chief Sunday Anifowoshe, the group expressed optimistic that Adewale's emergence as ADP candidate reinforces assurance of the people of a better choice to choose when they goes to the poll on July 14.

ELM who described Adewale as a choice for Ekiti people to exit induced poverty ravaging the state as a result of poor governance by successive administration, said that the real winner from the ADP primary is the people of the state, who now have choice away from recycling failed leadership.

"The ADP primary have confirmed their credibility because it produced a candidate (Adewale) that the people can invest their mandate on for good governance to reign," ELM statement reads in part.

"So, we applaud it (ADP) for countering the circle of recycling failed leadership on the state and giving our (Ekiti) people a credible choice that is prepared to serve.

"We have no doubt that Otunba Adewale's impressive antecedent as a wealth creator—with a passion for entrepreneurship, education, health, youth development and welfare— placed him ahead any other candidate in the election.

"More so, he (Adewale) represents a departure the failures and disappointments of the past that have left Ekiti State in shamble and not only has he shown deep understanding on the challenges confronting Ekiti, he is he engaging the people on how his plan will restore our (Ekiti) economic and social growth."

ELM asked the people to demonstrate their resolve for progress by voting Adewale on July 14, noting that it is the only route to reclaiming the state from misgovernance that have left it (Ekiti) in a sordid state.

He, however, enjoined the people of the state to remain vigilant and shun the antics of those bent on prolonging their sufferings through enticement, saying electing Adewale on July 14 marks the beginning of the restoration of Ekiti state.