Members of the South West wing of Accord Party have on Sunday in Ibadan, the Oyo state capital, issued a seven-day ultimatum to National Chairman of the party, Alhaji Mohammed Lawal Nalado to resign from office over what they termed gross misconduct and contravention of the party’s constitution. 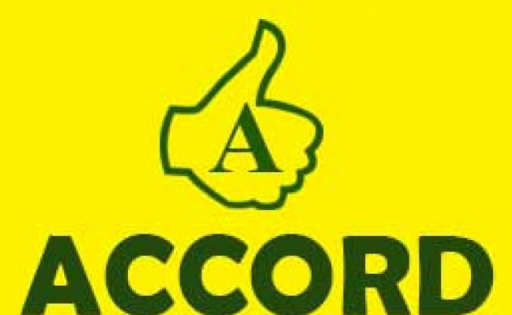 The members also dissociated themselves from the court proceeding instituted by Nalado against the National Assembly.

They made this resolution at the zonal meeting of the party held in Ibadan.

The Chairman of Osun State chapter of the party, Otunba Olusegun Fanibe, while addressing journalists on behalf of his colleagues, declared that Nalado had engaged in activities “that brought disrepute and public embarrassment to the party by unilaterally taking the National Assembly to court without any consultation or approval from the National Working Committee”.

Fanibe added that, “Secondly, he engages in ant-party activities by collecting money from the All Progressives Congress APC to pay the rent of the National secretariat and he confirmed that himself because we knew we haven’t paid for the party’s secretariat for some time.

“Also, the national chairman of this party posted the poster of himself as an aspirant for a vacant senatorial seat in Kastina state without putting the party logo giving the impression that he intends to contest election not on the platform of Accord but he is currently working to be the candidate of another party.

“We have been on this issue for three weeks, we invited him but for some reasons he has been avoiding us, he has been giving one excuse or the other.

“Our chairman is from Daura, very close to Mr President, and also an in-law to the president, so I don’t think he would want to work against his kinsman, every effort by all stakeholders to move the party forward is being blocked and we think this is the time the southwest takes a step’’.

They threatened to leave the party if the chairman did not call an emergency meeting to review the allegations levelled against him.

He said, “The National chairman must resign, we want him to resign within seven days or in the alternative call for an NWC meeting, during which we shall set up a seven-man disciplinary committee to investigate the allegation and recommend appropriate sanction in accordance with the constitution of the party”.