TODAY, there was a heavy rainfall with thundering and lightening in Ado Ekiti, the Ekiti State Capital. 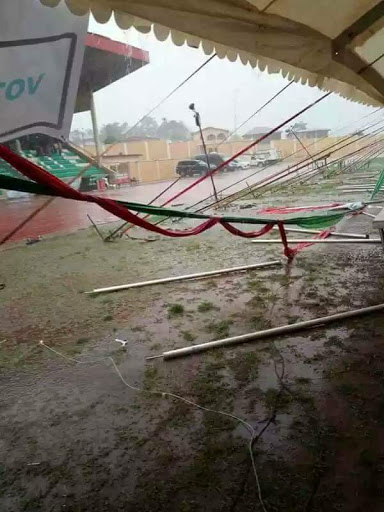 The rain scattered all the tents (canopies) installed at the venue of the All Progressive Congress (APC) gubernatorial primary election in Ekiti State. 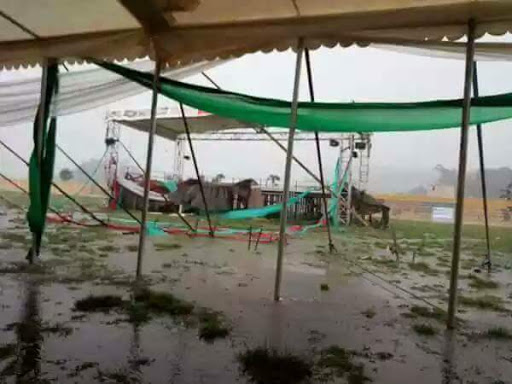 Report says people scampered for safety in what looks like a torrential downpour with noisy storm.

Many people ran for their lives as such rain was very unusual according to an eye witness account.

The place has been deserted as at the time of filing this report.

Attempt to reach the publicity secretary of APC in Ekiti State prove abortive as his mobile phone could not be reached.