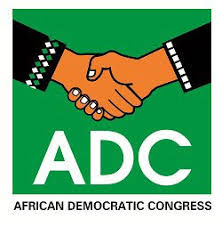 The African Democratic Congress (ADC) in Ogun State has disclosed that over 4,000 executive leaders and members of the Peoples Democratic Party (PDP), the All Progressives Congress (APC) and the Accord Alliance, among others, defected to the ADC within two days during the Yuletide.
The party particularly attributed the feat to the guidance of former President Olusegun Obasanjo, and the frictions in both Ogun APC and PDP, assuring that its governorship candidate, Prince Gboyega Nasir Isiaka, would win with a ‘landslide’.
The state chairman of the ADC, Gbolade Osinowo, disclosed this Wednesday in a statement issued on his behalf by the party’s state publicity secretary, Mr. Abiola Odutola.
He said, “The new converts, who held key positions at the state and ward levels in their former parties, joined the party after they had realised the importance of joining the moving train that will legally take over power from the ruling party in the state.”
He said the defectors were received by respective party leaders and other executive members in Odogbolu, Ijebu North East, Ijebu-Ode, Abeokuta South, and Sagamu, among others.
According to him, key people in APC, PDP and AA who abandoned their parties for the ADC include welfare officers, organising secretaries, ward executives and mobilisation coordinators across 12 out of the 20 local government areas in the state.
“The politicians defected following the ongoing crisis, division and dwindling fortunes of their former parties, which according to them, might affect the parties from winning elections in 2019.
“They have expressed belief in the ideology of our great party and willingness to work with our governorship candidate, Prince Gboyega Nasir Isiaka, popularly known as GNI.”
Osinowo added: “I assure all members that with the help of God and the guide of former President Obasanjo, ADC has an unshakable and formidable structure that no one with bad intentions can alter.
“The leadership of ADC at the state and national level is set to provide a responsible and responsive opposition till we take over in 2019.”
He noted that contrary to fears being expressed in some quarters that some of the defectors might have negative effect on the existing structure of the party, the reverse would be the case as the new members will be given requisite orientation.
He noted that the ADC was poised to end “the alarming scenario of bad governance, unemployment, economic lull, and insecurity created by the ruling party that has failed to admit its failure to deliver the professed ‘Change’.”
Meanwhile, the chairman of the ADC in Ogun East Senatorial District, Hon. Ladi Odujinrin, has said that apart from the 4,000 defectors, 1,000 other politicians were received into the party from his locality recently.
“The politicians understand the tide and decided to be proactive by positioning themselves in the party ahead of the 2019 general elections,” Odujinrin enthused.
By Newsjaunts on January 03, 2019