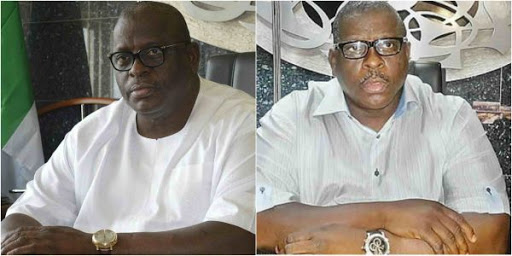 The factional gubernatorial candidate of the Peoples Democratic Party (PDP) in Ogun State, Hon. Ladi Adebutu has reportedly directed his loyalists to join force with the Allied Peoples Movement (APM) ahead of the 2019 general election.

APM had been adopted by Governor Ibikunle Amosun, after his rejection at the All Progressives Congress (APC) Ogun governorship primaries outcome.

Amosun’s loyalists, including the APM governorship candidate, Adekunle Akinlade (a federal lawmaker, moved out of the APC after the national leadership insisted Dapo Abiodun (an oil mogul) won the primary.

Adebutu latest decision, Newsjaunts learnt on Friday, was as a result of the “resolved rift” within the PDP in the state.

On January 17th, INEC released the final list of candidates for the Presidential and National Assembly positions across the country.

The list of Ogun State candidates of the PDP had that of the faction loyal to Kashamu.

A Chieftain of APM disclosed to Newsjaunts, on anonymity, that a gentleman’s agreement was reached between the Amosun faction of the APC (now in APM) and Adebutu’s camp before the primaries, that the latter would work for Amosun’s candidate should he lose out in the guber ticket tussle.

However, it was gathered that Adebutu would not openly campaign against the PDP.

A source in the lawmaker’s Apex committee (comprises his campaign team and loyalists in Ogun PDP) disclosed that his leader still enjoys the support of the national leadership of the party and hence, had no plans to dump the platform.

He said: “Oga has spent so much in this election and he can’t just go like that. If he leaves, Buruji will be the one the national body will be forced to relate with in Ogun for the presidential election. So, he won’t quit for someone to reap the fruit of his labour”.

On Adebutu’s position on the contest between President Muhammadu Buhari, who has been adopted by the APM, and PDP presidential candidate, Atiku Abubakar, the member said: “Politics is about interest and everyone is allowed to pursue personal interest first.

“Hon. Ladi doesn’t have any issues with President Buhari. To the best of my knowledge, he remains in the PDP and won’t go against his party”