A pro-democracy group on Thursday staged a massive rally in Lagos State against the alleged plot by former President Olusegun Obasanjo to install an interim government. 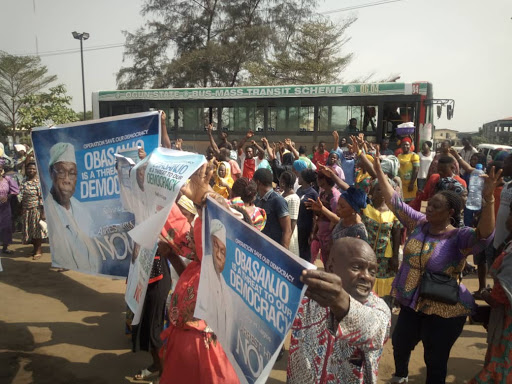 The protest was led by the Coalition for Defence of Democracy in Nigeria (CDDN).

According to the group there is a credible intelligence that Obasanjo political allies we hell bent on making the country ungovernable.

CDDN, therefore, called on the Federal Government drop its tolerant attitude and put the pressure on Obasanjo to immediately call off all the attacks that are planned against the interests of Nigeria 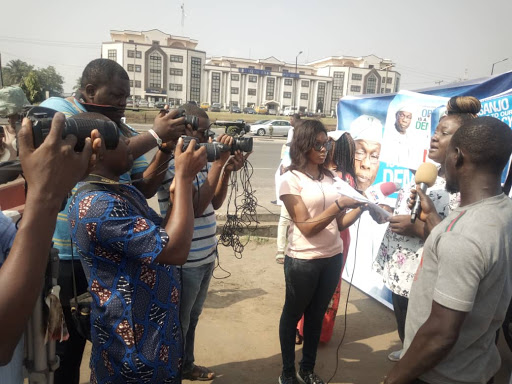 Speaking on behalf of the coalition, Rachel Okpara, Executive Director of CDDN, appealed to the international community to call Obasanjo, Atiku and other incendiary members of the opposition to order before they sink the nation. 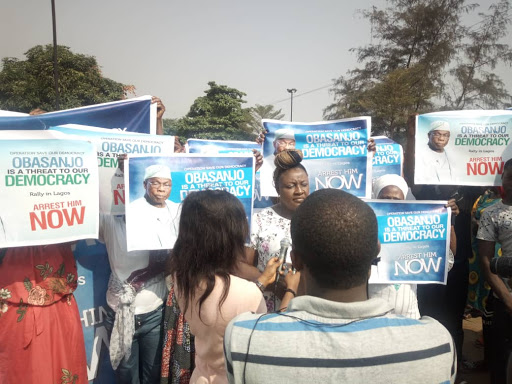 “We are also asserting that more than the emergence of an interim government that the federal government refers to, Obasanjo, Atiku Abubakar who is the People’s Democratic Party (PDP) presidential candidate and other opposition elements have their sight on an outright coup to overthrow Nigeria’s democracy. It is for this reason that Obasanjo returned to his vomit after vowing that God will never forgive him if he ever supported Atiku.

“CDDN is not going to adopt the tolerant indifference that the Federal Government is showing to a threat of this magnitude, which with all certainty will throw the nation into chaos. The Federal Government might be worried about being described as clamping down on dissent and the opposition but we have no such political tightrope balancing to do. We see things from the perspective of the immediate and long term impact on citizens. The safety of Nigerians is superior to whatever offices could be won or lost by officials of the federal government. 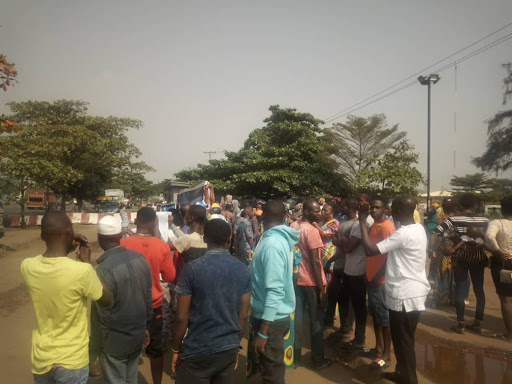 “He has the links to Boko Haram, Terwase Akwaza (Gana), the miscreants in Kano and the Nigerien mercenaries; he should be persuaded to reel them in so that Nigeria is not plunged into crisis. The federal government omitted to mention them but we are aware that the Indigenous People of Biafra (IPoB), a designated terror organization and militants in the Niger-Delta have been contacted by a particular running mate to a presidential candidate to carry out the destabilization in the south-east and south-south.

“CNND hereby puts the groups that have been contracted to carry out these attacks on notice. The will of Nigerians towers above their capacity for evil and the supremacy of the Nigerian state and its capacity to respond to the threat they pose is not in doubt. They have the obvious option of backing down and calling their assigned mission off now before it is too late because Nigerians will support the government to unleash the full strength of the state against these threats even if it means embarking on emergency conscription to defeat evil.

“We appeal to the international community to call Obasanjo, Atiku and other incendiary members of the opposition to order. They should be held responsible since they are the ones that have propping up the groups and individuals named in the planned attacks. The international must make it clear to these elements that any contraption that emerges from truncation of Nigeria’s democracy will not be accepted. They should prevail on Obasanjo and his ilk to desist from the plot to throw Nigeria into chaos.”