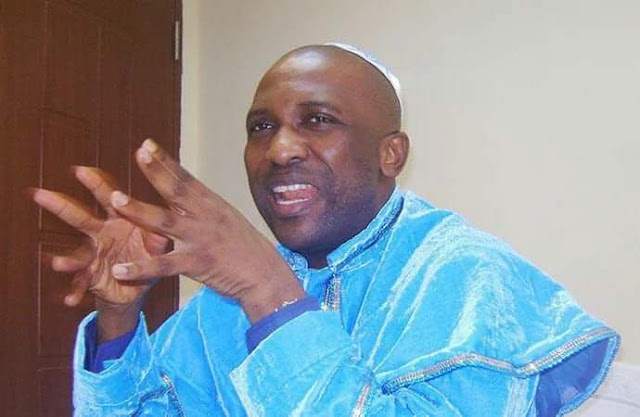 The Spiritual leader of the Inri Evangelical Spiritual Church, Primate Ayodele Elijah Babatunde, has said that President Mohammadu Buhari would not complete another four years if he forces himself on Nigerians.

He called on President Buhari to ensure he fulfills his pledge to deliver free, fair and credible poll to Nigerians.

The Prophet said the Peoples Democratic Party, PDP, should guard their votes by “following APC bumper to fender if they want to win.”

He said failure to do this, “the ruling party will snatch their victory.”

Primate Ayodele stated this a statement made available to newsmen in Ado Ekiti on Saturday.

The cleric said, “I see a change in government; if the election is free and fair, Atiku will win. If Buhari forces himself on Nigerians, he would not complete his tenure, health wise. APC will turn the poll against PDP and Nigerians will suffer for another four years if those who vote don’t guard their votes and ensure they count.

“The polls may remain inconclusive, but I advise the present government to accept defeat if they lose in an election that is free and fair. There will be peace after the polls.

“I tell you, it is not Buhari or Atiku that can do it very well. Those who can do it very well are not allowed to emerge; but Atiku will do better than Buhari; but if the party is not careful, APC will rob them of their victory,” he said.