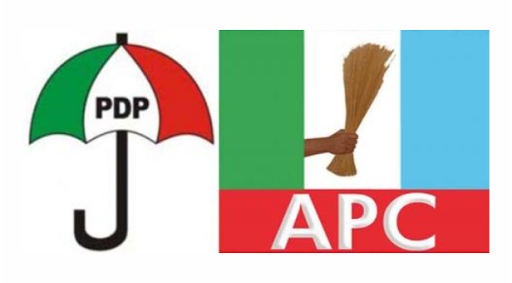 The Peoples Democratic Party (PDP) has accused the ruling All Progressives Congress (APC) of intention to import more foreign nationals into the country to influence the general elections, especially the presidential election.

Consequently, the party charged security agencies to immediately carry out comprehensive investigation on the security and political implications of the presence of two Nigerien governors and other foreigners during the APC presidential rally in Kano on Thursday.

Secondus described as shameful, the APC rally in Kano, where governors and other persons from neighbouring countries, especially Niger Republic, attended and openly campaigned for Buhari, saying such action shows that the ruling party intends to import more foreign nationals into the country to influence the elections.

He said a vote for the PDP presidential candidate, Atiku Abubakar, was a vote for freedom from poverty, hunger and insecurity, adding: “Governor David Umahi is the best governor and I know that you are going to vote for him again.

“Let me warn INEC that what we witnessed yesterday (on Thursday) was the worst that we have seen in the country, where people from other countries, like Niger and Chad, came to influence the elections in Nigeria.”

Briefing journalists yesterday in Abuja, PDP, through its spokesman, Kola Ologbondiyan, alleged: “President Buhari and the APC, in their desperation, have compromised our territorial integrity as a nation and this portends grave danger to our national security and the sanctity of our electoral process.

“For a nation contending with insurgency and banditry, the involvement of mercenaries from neighbouring countries in the APC rally must be condemned by all and sundry. This is particularly against the backdrop of claims by Buhari that killer herdsmen ravaging our nation are mercenaries who are infiltrating from the Sahel region.”

The PDP noted that already, there was apprehension that “miscreants who came from Niger Republic to Buhari’s rally are being offered accommodation in our country by the APC to unleash violence immediately it is clear that Buhari is losing in the February 16 presidential election.”

On account of this, PDP demanded an urgent and thorough investigation into the circumstances leading to the presence of politicians and thugs from Niger Republic at the rally, urging the Presidency and APC to immediately explain the “roles being played by Issa Moussa, Governor of Zinder, and his counterpart from Maradi, Zakiri Umar, both of the Niger Republic, who were sighted decked in the attires and official logos of the APC in our political affairs”

“Our security agencies must immediately investigate and lay in the public domain, the circumstances leading to their presence.”

In PDP’s opinion, “the presence of the Niger Republic Governors at President Buhari’s rally signposts a direct assault on the credibility of the Presidential elections. This is particularly against the backdrop of INEC’s plans to allow Internally Displaced Persons (IDPs) in that country to vote in our election, a situation that opens the way for aliens to infiltrate as IDPs and participate in our elections.”

It asked: “What was the true purpose of the invitation of these foreigners to the APC rally in Kano on Thursday? What secret deals did APC leaders make with them at the expense of our national security?

“We, therefore, call on all Nigerians, irrespective of creed, ethnicity and political affiliations, to rise in total condemnation of this direct assault on our territorial integrity as a nation. Our citizens must henceforth be at alert and get prepared to defend the sovereignty of our nation.”

Speaking at the party’s rally in Abakaliki, Senate President Bukola Saraki lamented the high rate of hunger and unemployment in the country since the coming of the APC to power, which he attributed to the inexperience of the ruling government in the management of the economy.

Abubakar’s running mate, Peter Obi, said the party wants to replicate what Umahi is doing in Ebonyi State and in the entire country.

Abubakar’s wife, Jennifer, noted that the huge crowd in the stadium was an indication that Umahi was solidly behind her husband.

In his speech, Abubakar commended Umahi for the huge transformation going on in the state and promised that such would be replicated in the entire country if he is elected President, promising that the Southeast would not be marginalised in his government and urged the people to vote and protect their votes to ensure that their votes count in the end.

Earlier, Umahi, while welcoming party members and faithful, assured that the state would vote massively for Abubakar and all candidates of the party.