A passenger travelling from Atlanta-USA to Lagos has passed on before arriving the Murtala Muhammed International Airport (MMIA) on Monday. 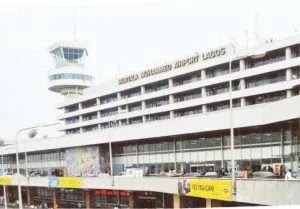 Sources said the passenger identified as Michael Adebayo, 54, was found lifeless aboard the Delta Airline Flight DL54 which arrived Lagos Airport around 4:00pm on Monday. It was learnt that medical personnel were called to check the passenger but he was confirmed dead.

The airline which confirmed the death of the passenger in a terse statement said, “Local medical professionals met the plane upon arrival and confirmed the passenger had sadly passed away.” “Delta extends its deepest condolences to the family at this sad time.

As a matter of passenger privacy, Delta will not release additional information”, the statement added.

Our correspondent learnt that the deceased passenger who was suffering from cancer of the lung died few minutes before the aircraft landed at the airport from the over 13-hour flight. Spokesman of MMIA Police Command, Mr. Joseph Alabi confirmed the incident to our correspondent on Monday night, saying the deceased’s remains have been taken to General Hospital Ikeja for a post-mortem
By Odunlami Seun O on March 12, 2019