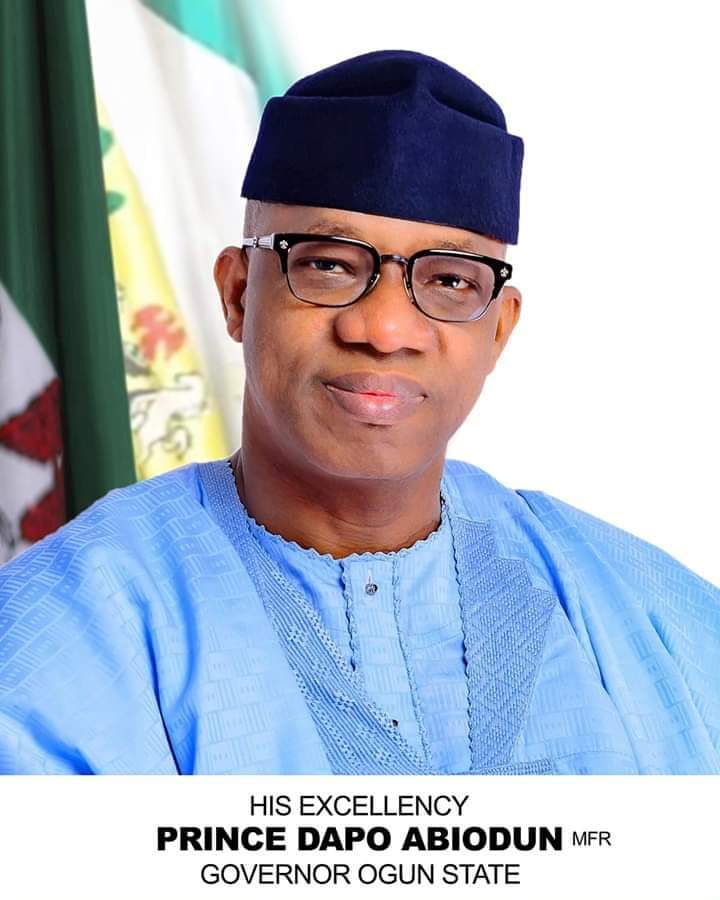 The Ogun State governor, Prince Dapo Abiodun has said that his administration will establish Ogun State Investment Promotion Agency in order to attract more investors in to the State.

Abiodun who spoke  during the post inauguration jummah Thanksgiving service held at kobiti central mosque, Abeokuta, Ogun State capital.
He hinted that his administration would  establish Ogun State Investments Promotion Agency to ensure that investors are pulled into the state and not push as it is being currently experienced”
According to him ”As we all know that Lagos State is already congested and the available space for the investors is Ogun State based in its proximity to Lagos thereby pushing the investors to Ogun state but we intend to pull them here via our business friendly policies, adding that he will establish Investment promotion agency and the person that will chair the agency will also be a point of attraction to the prospective investors. This will also enhance our internally generated revenue because these investors will pay their taxes.’
He further promised to run an all inclusive government regardless of political leanings for the progress of the State”, we are sighting a new dawn in Ogun State. God’s way is not human ways and that is why we were made to cross many hurdles so as to appreciate this victory”
”I will bear no grudges against anyone and despite the vilification we encountered, I have forgiven everyone who might think they have offended me and as such, I won’t run a vindictive government”
He reaffirmed that his government will be fair, transparent, equitable respect the rule of law and he will desist from running a family and friends government.
His words “‘I want to sincerely appreciate God Almighty who made it possible for us because he did not disappoint us in our prayers”
The governor who was accompanied by his wife, Chief Mrs Bamidele Abiodun also used the avenue to reel out his plan of actions thereby stressing the importance of good governance and his decision to stick to it.
He stated further that ‘the local governments will be empowered to optimally perform their duty.
” I will ensure the prompt payment of civil Servants salaries and entitlements and I will resuscitate Public Works Department to cater for the construction of township and rural roads using local contents to enhance to economic prosperity of our people.
While rounding up his speech, the governor hinted that his administration will construct a standard primary schools and modern Primary Health Centre in all the 236 wards of the State.
”The existing farm settlements will also be upgraded and new ones will be established in the three senatorial districts in the state”
Meanwhile, the Chief Imam of Gbagura, Prof. Kamaldeen Balogun admonished the governor
He asked the governor to beware of bad advisers and sycophants around him and only listen to people with genuine intentions.
According to him, you should leave a good legacies by ensure you  transform your visions and plans into reality.
He therefore urged the governor to be prayerful in all his endeavors.
Among the dignitaries that graced the Thanksgiving were the deputy governor of the State, Engr Mrs Noimot Salako-Oyedele, the ADC governorship candidate, Prince Gboyega Nasir Isiaka, former deputies governor of Ogun State, Prince Segun Adesegun and Mrs salmot Badru, Mr Dapo okubadejo, Hon. Salisu, Hon. Akinlade, Hon. Babatunde Olaotan, Rt Hon. Egbetokun and so on.
By Newsjaunts on June 01, 2019