For the first time since the 2019 General elections, Hon. Akeem Akintayo Amosun, (FCIB, FCS, MBA) has met with stakeholders under the auspices of AK Vanguard. This is coming after a similar meeting was held between Hon. Amosun and his political caucus about a week ago.

The meeting was held yesterday Sunday November 17th, 2019 at AkCity, Kemta Idi Aba Housing Estate, Abeokuta.
Hon. Amosun in his address appreciated the contributions of the gathering for their sacrifices and belief in his political career, pledging to continue to work for the interest of common man.
He added that he was determined to actualize his dreams come 2023 under a prominent political party, while appealing for understanding of all members of the platform.
Hon. Amosun noted if he had used a prominent party during the last elections, he could have been declared winner, adding that elections in the country, in view of the current happenings in the polity, can only be won by the two leading political parties.
He declared that arrangement had been concluded to join the Peoples Democratic Party (PDP) ably led by Hon. Ladi Adebutu Kessington (LADO). 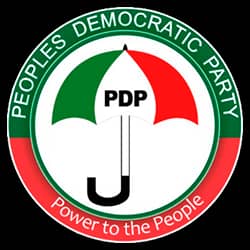 Speaking on the reason for the choice, Hon. Amosun noted that the current government led by the All Progressives Congress (APC) has not been able to put its house in order and would not be able to deliver its electoral promises to the Nigerian people.
He cited economic hardship, insecurity, internal infightings, corruption, disregard for rule of law and mindless  rigging of elections as some of the challenges that could hamper the survival and relevance of the party against the next general elections.
Hon. Amosun assured the meeting that his decision to join the PDP would not derail him from championing the need for good governance across all levels starting from Abeokuta South Federal Constituency.
A few members of the platforms who spoke during the meeting commended the leadership style of the Convener, and charged him to work more in ensuring the success of the team at the new party level and during the coming general elections.
They promised total commitment to the actualization to *#AK4REPS2023*.
By Newsjaunts on November 18, 2019